I was recently the subject of an interview for a social media campaign about the people in the Faculty of Science. I will be featured as one for the graduate students that make up the Physics&Astronomy department. During the interview I was forced to think about myself, my motivations, and what I hope to do in the future. The interview ended and I found myself unusually keen on continuing this self exploration, particularly regarding what I hope to do when I graduate. The interview format seemed particularly useful for collecting my thoughts in a systematic way, so I decided to interview myself.

The following is a transcript of an interview with Adam Fortais. The interview took place on January 22nd in an undisclosed location.

Interviewer (I): We will be asking the questions.

I: State your name, age, and occupation. 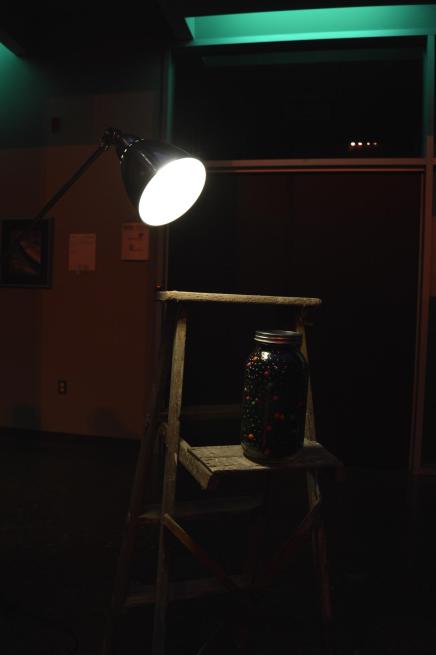 I: Are you unsure?

A: No! No, I like it! This is just very strange… Yeah, I like grad school just fine. I mean, it’s not where I want to be forever, but it’s definitely good for now.

I: Where do you want to be then, in say, five years?

A: Is this some sort of interview?

I: Answer the question.

A: I don’t know! I guess I assumed I would figure that out by ruling out things I don’t want to do, but the closer I get to graduating, the more options there seem to be.

I: What have you ruled out, then?

A: I think I can say that I don’t intend on pursuing my own academic research group. That doesn’t mean I don’t want to work at a university, I just don’t think I want to run a research program in academia.

I: Are you concerned getting a PhD in physics is only going to prepare you for that job though?

A: A little bit, sure. But I have been trying to diversify and get a bit more experience outside of standard academic work.

A: Sure, but seriously, is this light in my face really necessary?

A: Fine. Well, I started looking into what being a science journalist entails. That seems pretty attractive. So this year I started blogging again. I’ve kind of always kept a blog, but I never thought about it as anything that would be useful professionally.

I: And how have you been using it professionally?

A: This was more so last summer, but I started writing some general interest science articles. I researched something I thought would demonstrate some interesting science, and tried to present the information for a non-scientific audience. However, I started to recognize this was less science journalism and more #ScienceCommunication.

I: I believe you mean “hashtag”, and not “pound sign”.

I: Ye… Tell me what you think #ScienceCommunication is.

A: … yeah. So it’s tough to pin down because I think it covers a lot of different things. I think I would start by pointing out some people I’d consider science communicators. People like Neil Degrasse Tyson, Chris Hadfield, Al Gore, or Bill Nye – these are science communicators. That might give you a sense of what #SciComm is, but it doesn’t really answer the question. And I think the fact that it’s hard to pin down is kind of exciting!

I: Hard to pin down because it’s not really a job.

I: Because it’s more like a component of different jobs?

I: Ok, fine. So what do you picture a job involving #scicomm looking like?

A: … well that’s just it. I know what I want my job to involve but I don’t really know what that job is.

I: List the qualities you want it to have.

A: I want to constantly be learning. I think I could dig in and find almost anything interesting, but I also value being able to learn about a wide range of things. I know people won’t pay me to go around learning things, I know I have to be able to package what I learn in some way and sell it. So I guess what I want is to a) acquire lots of diverse knowledge, and b) package this information into a useful format for others.

I: This sounds like a consultant or a science adviser. Maybe for government or something.

A: Or a podcaster!

I: Or a journalist for a news outlet. 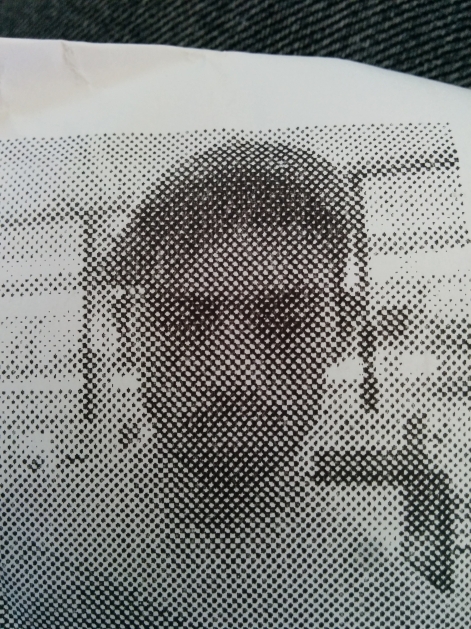 A: I am kidding. But a content creator, like someone who works on podcasts and videos. That could be cool! It certainly would scratch my creative “itch”.

I: Yes, but you should really consider job security. Journalism is already fairly risky, you’ll likely be working freelance mostly, which means you probably aren’t looking at any sort of benefits or a steady paycheck. But hey, tell me about this “itch”.

I: Tsh. Answer the question.

A: Yeah! I do all sorts of creative stuff! I like music and art. I’ve been doing some creative writing. I guess you could call me a polymath or renaissance man!

I: Don’t ever say that to anyone, ever again.

A: Yeah, it felt pretty gross coming out of my mouth. None of this leaves this room, right?

A: Well, from all the non-technical writing and reading I did in 2018, I’ve really been getting joy out of creative writing. I’ve been having fun working on some short stories and poetry and photo-zines.

I: Can I see some of your work?

A: This sort of counts, doesn’t it?

I: So what, are you saying you might also want to leave science to become a writer?

A: No, no, I am very satisfied having creative writing as a hobby, but I do feel it has helped me with crafting narratives. I think that’s an important part of journalism or communicating ideas in an interesting way.

I: Sure, makes sense.

A: Hey, so, I’d really like to know who you are, where I am, and what’s the deal with all of this?

A: Hey! Wait, come back! I didn’t get to tell you about my idea for a cafe/bar/makerspace/bike-record-print shop! I’m pretty serious about it! I think it would be really cool!

At this point in the tape, a door opens and closes, as if the interrogator has left the room. Adam calls out, asking if there is anyone in the room, and if he can leave. After approximately two minutes of silence, the lamp clicks off and Adam presumably sits quietly in the dark room. The rest of the tape consists of gentle breathing and the occasional cough.